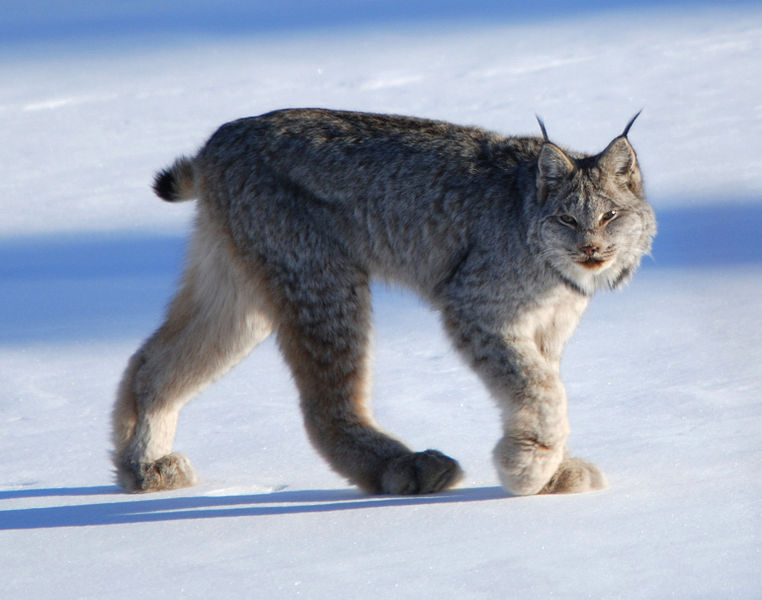 The Canada lynx (Lynx canadensis) is a medium sized cat, similar to the bobcat. The lynx is secretive and lives in the forests of northern latitudes and high mountains. The lynx’s long legs and big feet act as snowshoes as it hunts its primary prey, the snowshoe hare. In most places the lynx is so tied in with the snowshoe hare that the lynx population rises and falls with the hare population.

The primary threats to the Canada lynx are deforestation, lack of habitat due to human dwellings, and poaching. Due to their secretive natures, there are no reliable estimates of their population. In March of 2000, thanks to pressure from concerned citizens and environmental groups, lynx populations in the United States received protection under the Endangered Species Act.