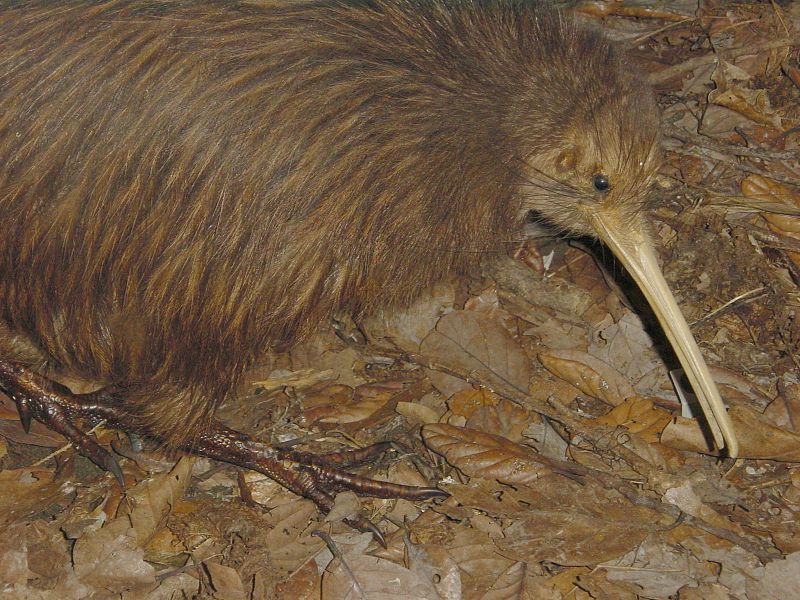 The kiwi, an endangered flightless bird, is a national symbol of its native New Zealand. About the size of a chicken — three to nine pounds — the kiwi’s feathers are hair like, its wings are useless, and it has whiskers. Also, unlike any other species of bird, its nostrils are at the end of its long slender beak and it can literally sniff out food. Despite its size & awkward appearance, the kiwi can outrun a human and has sharp claws for defense.

The kiwi is related to the ostrich of Africa, the emu of Australia, and the now-extinct moa of New Zealand. Females are larger than males, and with brown kiwi the male does most of the egg incubating. Kiwis live in pairs and mate for life, sometimes as long as 30 years. The kiwi’s body weight-to-egg ratio is the highest of any bird (except maybe hummingbirds), with the chicken-sized kiwi laying a nearly ostrich-sized egg!