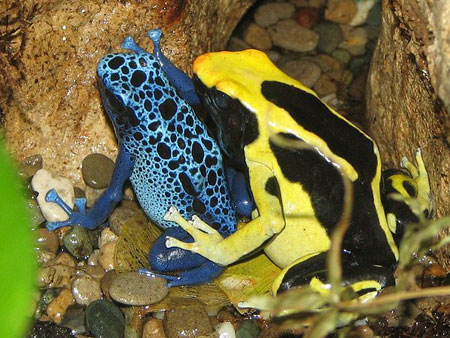 Some of the more common poison-arrow frogs found as pets are the blue (Dendrobates azureus), black & green (Dendrobates auratus), and orange & black (Dendrobates reticulatus & Dendrobates leucomelas). In the rainforest their poison really is used on the tip of darts, hence the name. However, most species are not used for this purpose. Depending on the species, their poison ranges from harmless to almost instant death. The species Phylobates terribilis has enough poison to kill several adult humans and close to 20,000 small rodent-like animals.