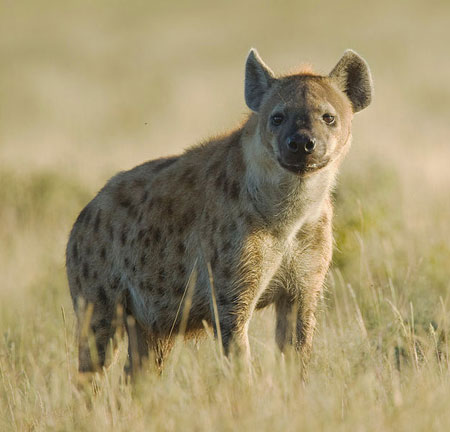 Despite the image of the hyena as a scavenger living off the kills of other predators, the spotted hyena (Crocuta crocuta) or “laughing hyena” is actually a top predator on the savannas of Africa. In fact, it’s now known that lions will scavenge off hyena kills, while the hyenas have to wait for the larger animals to get their fill. The hyena social structure is female dominated, with the females larger than the males and the females being the leaders of the packs. Less glamorous than the wolf, the hyena is an often misunderstood, but very interesting animal.