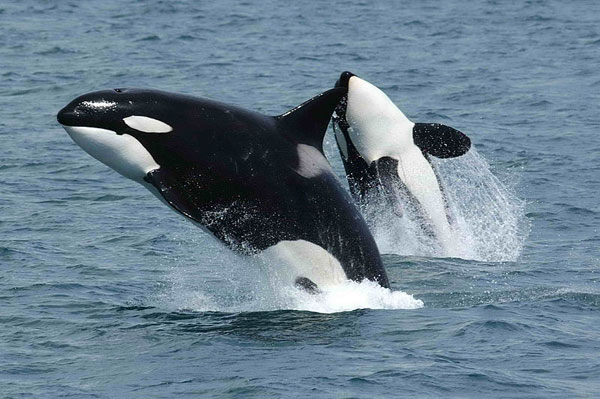 The orca, or “killer whale,” is actually the largest member of the dolphin family. Despite its common name, the killer whale has never actually killed or eaten a human being in the wild (only in captivity). Even in the wild it is inquisitive and approachable. Orcas live in pods — close-knit family groups — and the pod is stable from one generation to the next. Its members usually stay together for life.

Well known for their gentle, slow-moving nature, manatees take up residence primarily in Florida’s coastal waters during winter and migrate either as far north as the Carolinas or as far west as Louisiana during the summer months. Weighing 1,500 to 1,800 pounds and measuring 10 to 12 feet in length, manatees range in color from gray to brown. It’s hard to imagine how long sailors must have been at sea to confuse the manatee with a mermaid.

One of the major threats to the manatee is collisions with boats. Besides boating accidents, manatees have been found crushed or drowned in flood-control gates and also suffer from pollution and habitat loss. Manatees are protected under CITES Appendix I, Florida Manatee Sanctuary Act, Marine Mammal Protection Act, and the Endangered Species Act. 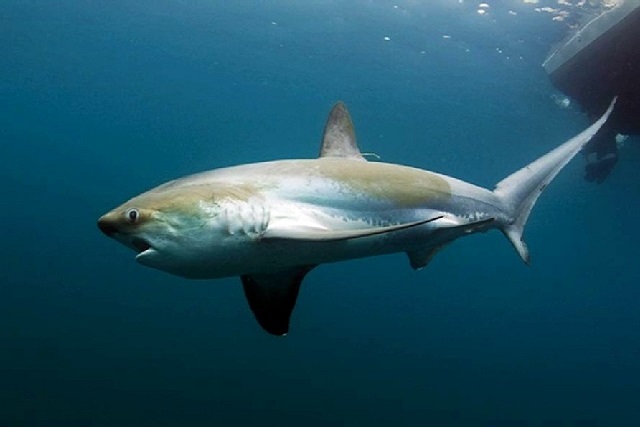 The common thresher shark (Alopias vulpinus) is a species of “mackerel shark” (Lamniformes). This is the same group that contains such animals as the great white, mako, basking, and megamouth, however the thresher is in a different family & genus. This shark has a distinctive elongated upper tail, which it uses for hunting fish & squid. It is a mostly nocturnal, non-aggressive shark that is a very strong swimmer and can even leap out of the water. The common thresher can grow up to 20 feet long.