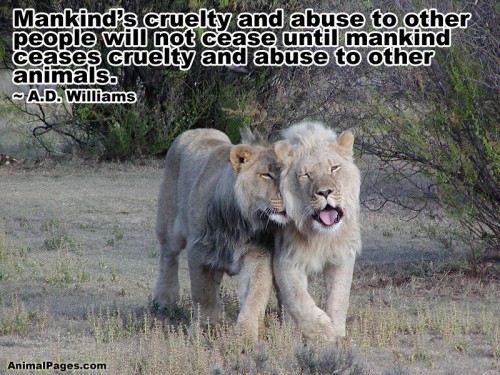 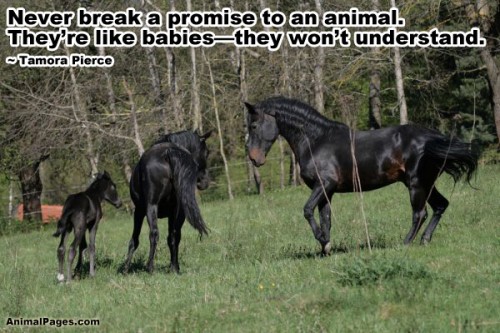 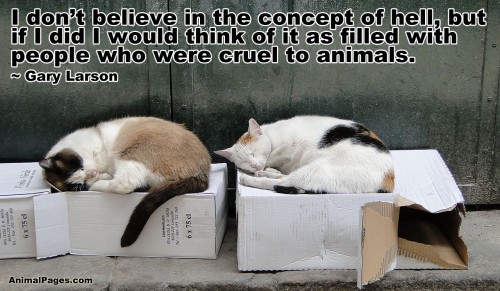 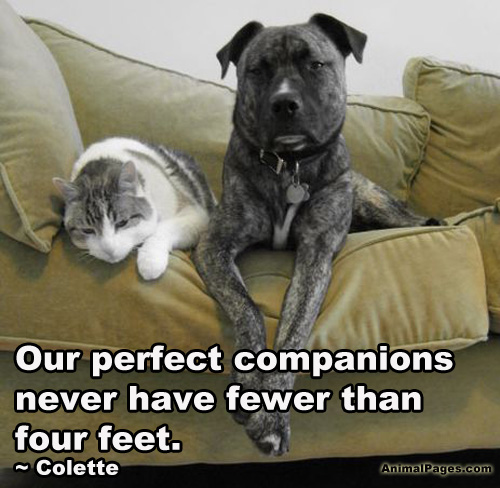 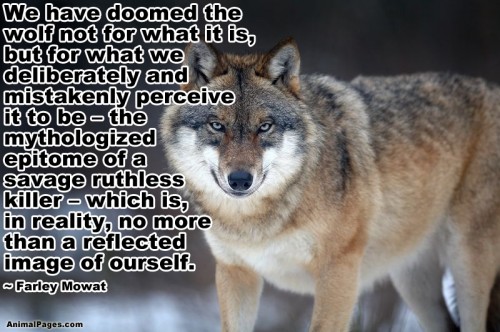 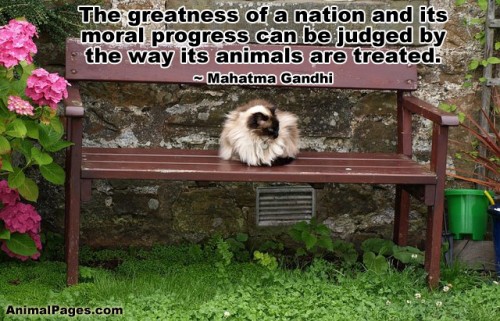 The greatness of a nation and its moral progress can be judged by the way its animals are treated.
~ Mahatma Gandhi 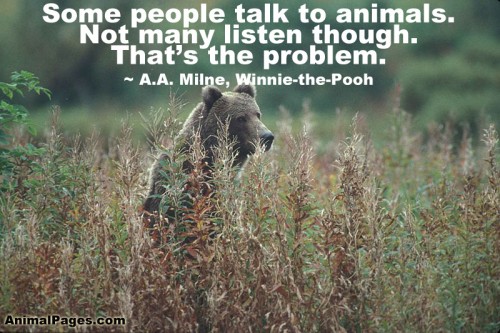 Some people talk to animals. Not many listen though. That’s the problem.
~ A.A. Milne, Winnie-the-Pooh 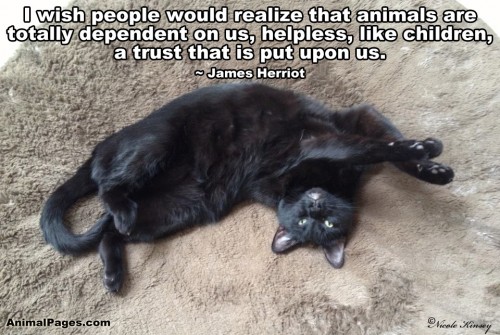 I wish people would realize that animals are totally dependent on us, helpless, like children, a trust that is put upon us.
~ James Herriot 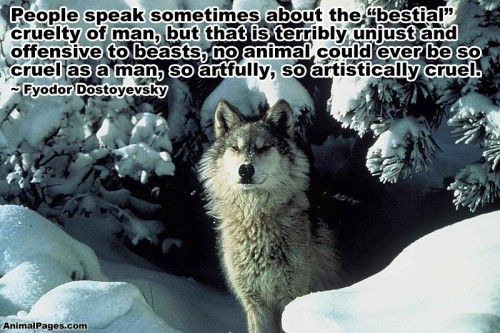 People speak sometimes about the “bestial” cruelty of man, but that is terribly unjust and offensive to beasts, no animal could ever be so cruel as a man, so artfully, so artistically cruel.
~ Fyodor Dostoyevsky 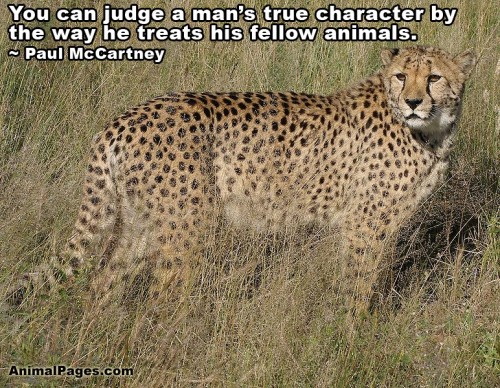 You can judge a man’s true character by the way he treats his fellow animals.
~ Paul McCartney 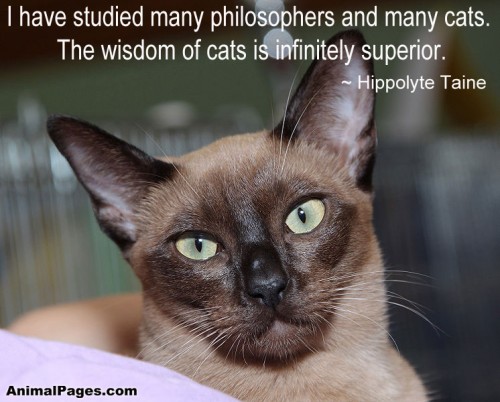 I have studied many philosophers and many cats. The wisdom of cats is infinitely superior.
~ Hippolyte Taine 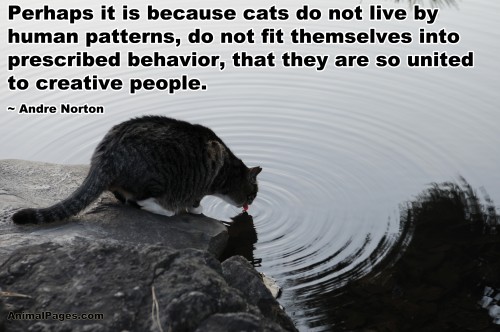 Perhaps it is because cats do not live by human patterns, do not fit themselves into prescribed behavior, that they are so united to creative people.
~ Andre Norton 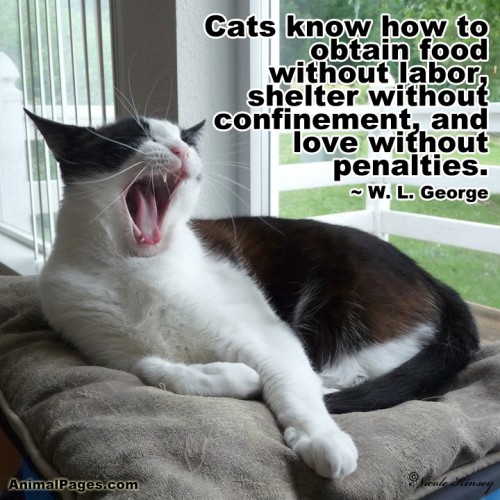 Cats know how to obtain food without labor, shelter without confinement, and love without penalties.
~ W. L. George 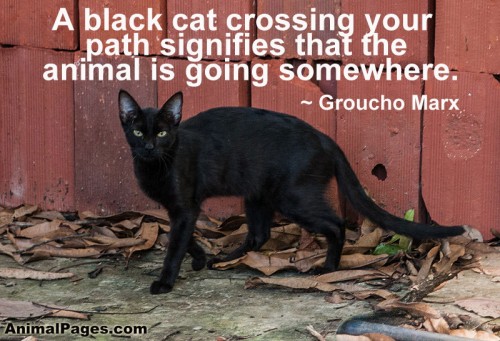 A black cat crossing your path signifies that the animal is going somewhere.
~ Groucho Marx 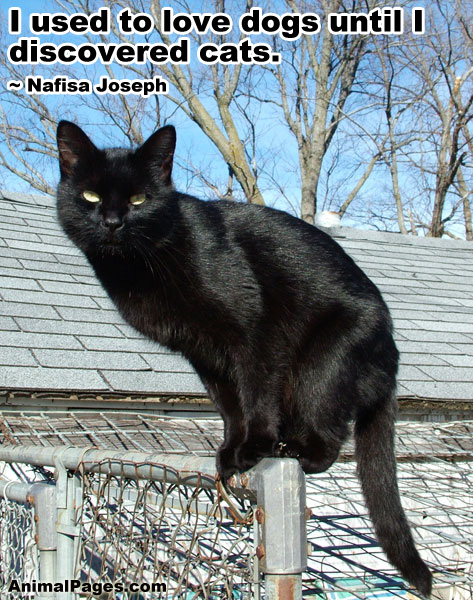 I used to love dogs until I discovered cats.
~ Nafisa Joseph 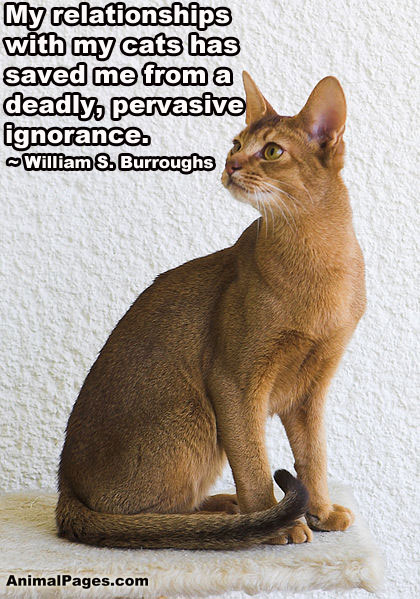 My relationships with my cats has saved me from a deadly, pervasive ignorance.
~ William S. Burroughs