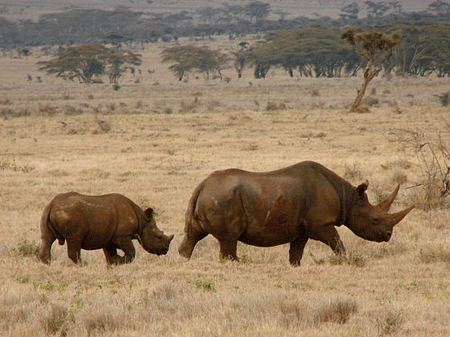 The black rhino (Diceros bicornis) is the third largest land mammal (after the elephant and white rhinoceros). Usually grey, not black, the black rhino can be distinguished from the white rhino by its pointed prehensile upper lip.

All five species of rhinos are perilously close to extinction. Of the three Asian species, the Javan and Sumatran rhinos are near extinction, while the Indian rhinos may be coming back from the brink. Of the two African species, the white rhino has rebounded from near extinction, but the black rhino has not fared so well. There are fewer than 2,500 left, in pockets in Zimbabwe, South Africa, Kenya, Namibia, and Tanzania. 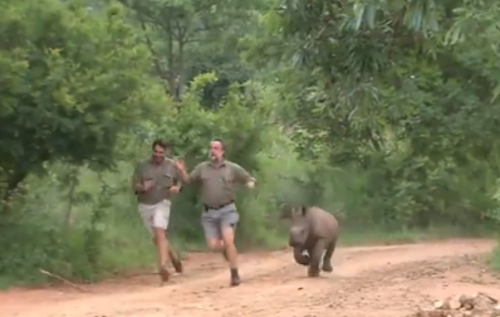 This may be the happiest rhino in the world! 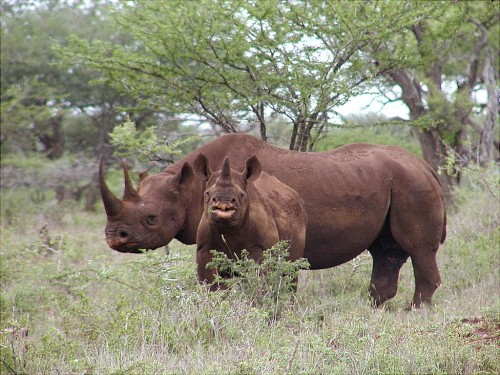