Rare video footage from game cameras in the wilderness of eastern Russia reveals the habits of the Amur leopard, one of the most endangered species on the planet.

As part of a project called the “Spotted Family Russian Reality Show” the World Wildlife Fund and Land of the Leopard National Park in Vladivostok installed 10 game cameras near the remains of sika deer. The cameras filmed an Amur leopard feeding her young on the deer carcasses, providing wildlife researchers with valuable information on how the critically endangered animal raises its kittens in the wild and offers a glimpse of leopard family dynamics in the wild. 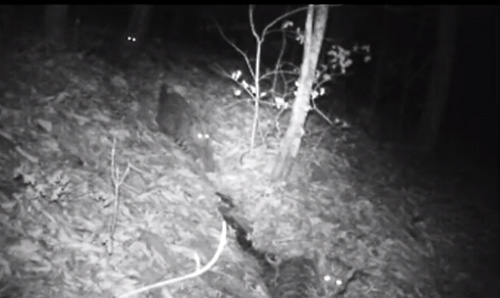 The leopard in the film, which researchers have named Kedrovka, has three kittens, a rarity for Amur leopards.

Among other things, the video footage shows that the Amur leopard family feeds differently from a pride of lions or other cat species that feed in small family groups. Instead of all of the kittens eating together, they eat one by one with the strongest first. While this pecking order does give the strongest the best chance at survival, it does make it harder for the other kittens to survive — and the species as a whole. There is also a worrisome injury to the meekest of the kittens, but you’ll need to watch the video to see how that story turns out. 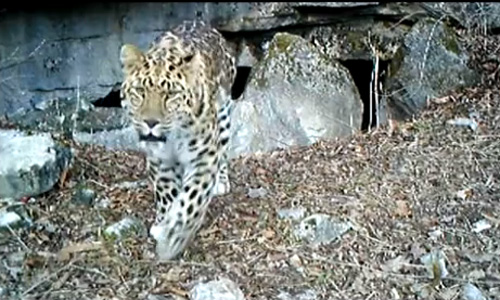 The video footage also catches the older brother to the young family, Lord. The researchers hope to learn how this adult male will interact with his mother and her young family. While no answers have been reached yet, the footage does include the impressive vocalizations of the adult male Amur leopard.

“All information gathered about [Amur] leopard upbringing is crucial for WWF conservation efforts. With few [Amur] leopards left, they may be genetically too close and inbreeding may weaken their chances of survival,” the WWF reported, adding that plans to introduce captive-bred Amur leopards into the wild are in the works, but that for them to be successful animal behavior experts must know how Amur leopards are raised and taught hunting skills in the wild. 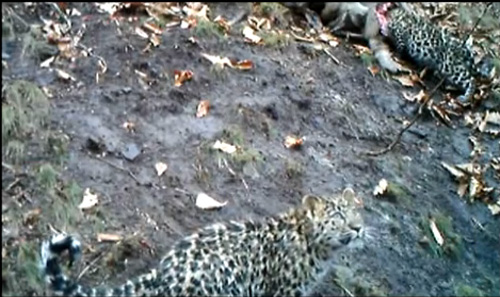 In addition to feeding behavior, the footage shows the kittens playing and interacting with their mother much like any other cat family of any size. The mother even gives the kittens a lesson on hunting, using the deer carcass as an educational tool. The game cameras also captured video of other animals living in the Russian wilderness, including wild boars, wild cats, tigers, and sable. 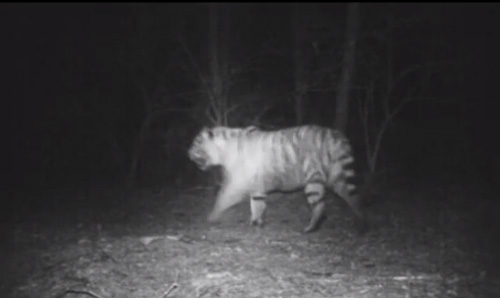 According to a census compiled in 2013, there are no more than 50 Amur leopards remaining in the wild and 96 in North American zoos, with the most recent born at the Denver zoo on December 3, 2013. Their numbers have declined in large part due to habitat destruction. Upwards of 80 percent of the Amur leopard’s native range has disappeared in the last half century, mainly from unsustainable logging, forest fires, and land conversion for farming.