We all knew about Japan’s Cat Islands, right? But, did you know there is also a Rabbit Island? Ōkunoshima (大久野島), is a small island located in the Inland Sea of Japan in the city of Takehara, Hiroshima Prefecture. It is often called Usagi Jima (ウサギ島, “Rabbit Island”) because of the feral rabbits that roam the island. As you can see in the video, they are rather fearless and will approach — and mob — humans.

As you know, we can’t get enough of animal buddies. These two are no exception: the playful deer and the sweet Golden Retriever are best friends. They especially seem to enjoy time in the water.

And one more video of them for good measure. 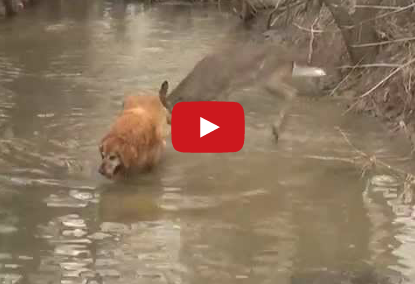 To keep his 15 rescue cats happy and busy, home builder Peter Cohen has constructed an elaborate playland of catwalks, tunnels, platforms, and perches throughout his California home. This is one fun house you’ve got to see to believe — and your heart will explode with love and joy. 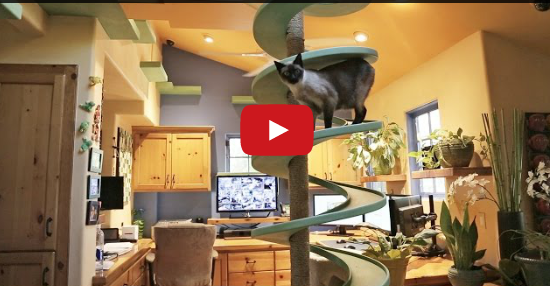 Be sure to check out the cat house built by Greg Krueger as well!